As new cases of the coronavirus are being announced in the United States, Catholic dioceses across the country are taking preventative action to limit spread of the disease. Part of that involves guidelines around the reception of Communion, in an effort to reduce the chances of spreading germs and disease through the distribution of the Eucharist.

But that has led people to question how something as sacred and miraculous as the Eucharist could make us sick. A listener recently tweeted at Patrick Madrid, host of The Patrick Madrid Show, asking:

Patrick responded by agreeing that the Eucharist is not just a symbol, but is in fact the Body and Blood of Christ. However, he continued by saying, “The mistake you’re making there, with all due respect, is to assume that because now the reality of the Eucharist is the Body, Blood, Soul and Divinity of Jesus, under the appearances of bread and wine, that therefore there’s some miraculous protection, some miraculous force-field that could prevent you from receiving a germ or getting sick if there were germs that were on the rim of the chalice where you’re receiving Holy Communion, or even in the Precious Blood.”

“So, we can look at all the different physical characteristics of that white Styrofoam cup, and all of them are aspects of the cup, but none of them are the cup itself. Interesting when you think about it, the reality of the cup or its ‘cup-ness’ is understood through these external characteristics, but none of them equal the cup itself. Very interesting. So, in the same way, when transubstantiation takes place on the altar at Mass, the Church has always taught – teaches now and always will teach – that the external characteristics, the shape, the texture, the weight, the color, the molecular properties, etc, of the bread and the wine remain completely, exactly as they were before.”

Patrick explained that because the externals of bread and wine still appear (though it has been substantively changed into the Body, Blood, Soul, and Divinity of Jesus) it is not ludicrous for people to be concerned about the transmission of germs. Though it seems strange that receiving Our Lord could spread germs, the Church does not teach that there is a miraculous protection that renders these germs powerless.

“This is a pious notion and I understand it, and I understand why people are very defensive,” Patrick acknowledged “And I don’t mean that in a bad way. They’re quick to defend the reality of Christ’s presence in the Holy Eucharist. And that’s good. We should always defend that, we should always keep that at the forefront of our minds. Absolutely.”

“But it’s going beyond what is real and going beyond what the Church teaches to assume that therefore there’s this miraculous protection against getting germs, because that’s not there. The same physical properties that existed before transubstantiation exist after transubstantiation. And that’s it. This is the Body, Blood, Soul, and Divinity of Jesus resurrected and glorified, substantially present in the Blessed Sacrament. And yet the physical properties remain.” 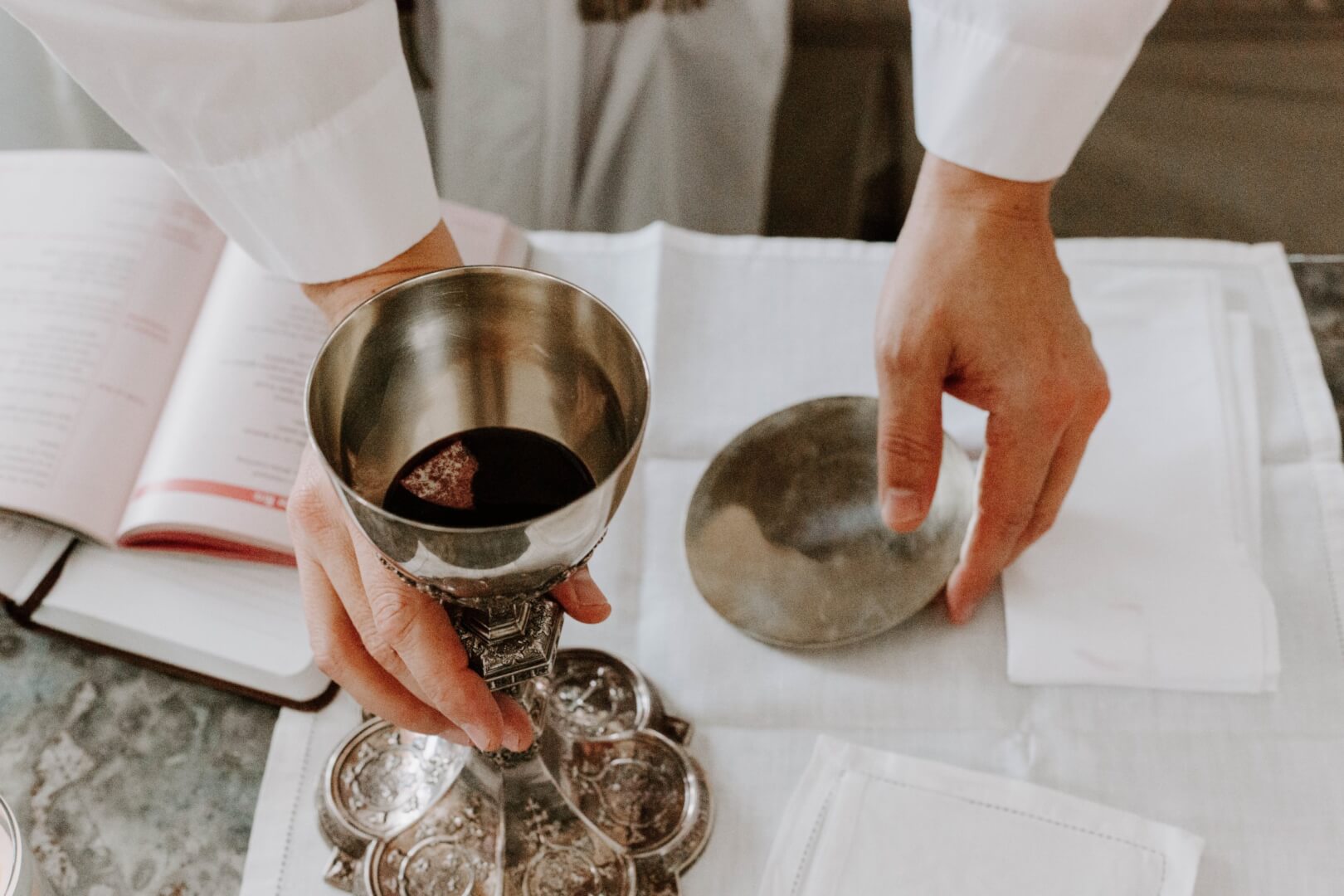