Recently a listener called in to The Patrick Madrid Show to share that she has experienced premonitions several times in her life – she had a bad feeling that something was going to happen, and then it did.

“I was always one of those people that seem to know things before they happened,” she told Patrick. “And they were always bad. Like, I knew when our car was going to catch on fire. And the last one I got was pretty bad.”

The listener explained that these experiences make her uneasy and disturb her peace, because the feelings she gets always involve something bad.

“Why is it always something not good?” she asked. “Because now I’m certain every now and again that it’s like I can feel when something’s going to happen again. And I don’t particularly like it because it’s not always good.”

Patrick responded to the caller by relating to her experiences, on a certain level. He said, “I take seriously what you’re describing. I myself have had some instances in my own life where, for me, it happens in dreams. And it doesn’t happen very often at all, but I’ll have a very vivid dream of something that actually happens, in some cases almost exactly as I dreamed it, at some point in the future.”

Patrick went on to explain that back in 1979 he had a very vivid dream of an American Airlines plane that took off, ascended for some time, and then turned so it was upside-down before crashing to the ground and exploding. A month later, an American Airlines plane taking off from Chicago O’Hare airport lost it’s left engine during its ascent, and crashed just as the plane in Patrick’s dream had.

“Now, this could be an entirely natural phenomena,” he said. “It’s possible that there is something going on that science just hasn’t figured out yet, but doesn’t have a supernatural explanation. It’s also possible that it’s a gift of some sort that could be from God. And in this case, it would be the gift of knowing something in the future – perhaps a gift of prophecy. There are any number of possibilities that could explain it.”

But whether or not one knows the explanation for premonitions – natural or supernatural, a gift or a burden – if it’s causing disturbance and discouragement, it should be addressed.

“What I would suggest to you is this,” Patrick said. “If this is something that’s causing you a a lot of consternation, ask God to take it away from you.”

Offering an example of a prayer the caller could say, Patrick suggested, “Lord, I don’t know if this is from you. I don’t know if this is some phenomenon that science will eventually be able to explain, but I don’t like it. Lord please take it away from me. And if it’s not something you’re going to take away from me, at least then give me the strength and the closeness to You to be able to handle it in a way that is not injurious to my prayer life, or to my well-being in general.”

“If it’s something that you would need to sit down with a counselor and talk through at greater length, I would encourage you to do that as well,” Patrick continued. “Because, as I said earlier, I have no doubt that these kinds of things exist, because I’ve seen it from time to time in my own life. Thankfully, very rarely. But I’ve seen it happen before. So if it’s something that’s causing you anxiety, sitting down with a counselor might be just the thing to do with that, in addition to your prayers.” 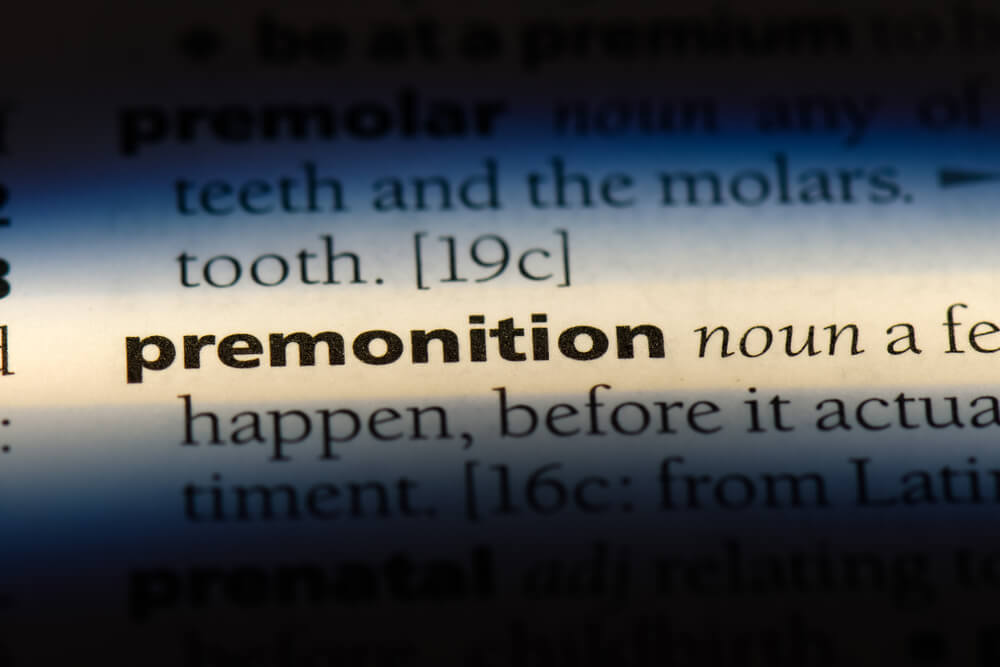