There is no hard-and-fast rule for determining the age of reason: it is a judgment call on the part of parents, pastors and teachers — the ones who know the child the best. In general, throughout the United States, second grade is the time when children receive first Communion. Typically, the children in second grade are between the ages of 7 and 9.

First Communion and confirmation are not typically given at the same time in the Latin rite of the Church, but the three sacraments of initiation (baptism, confirmation, Eucharist) are administered at the same time in the Eastern rite. For Latin-rite Catholics — about 99 percent of Catholics around the world — baptism is to be given within the first weeks of birth. First confession and first Communion follow around age 7, and confirmation may be administered at the age of reason or after. Across the United States, the typical age range for confirmation is 12 to 17, and there are good reasons advanced both for the younger and older ages.

The Code of Canon Law states:

“The administration of the Most Holy Eucharist to children requires that they have sufficient knowledge and careful preparation so that they understand the mystery of Christ according to their capacity and are able to receive the body of Christ with faith and devotion.

“The Most Holy Eucharist, however, can be administered to children in danger of death if they can distinguish the body of Christ from ordinary food and receive Communion reverently.

“It is primarily the duty of parents and those who take the place of parents, as well as the duty of pastors, to take care that children who have reached the use of reason are prepared properly and, after they have made sacramental confession, are refreshed with this divine food as soon as possible. It is for the pastor to exercise vigilance so that children who have not attained the use of reason or whom he judges are not sufficiently disposed do not approach holy Communion” (Canons 913-914). 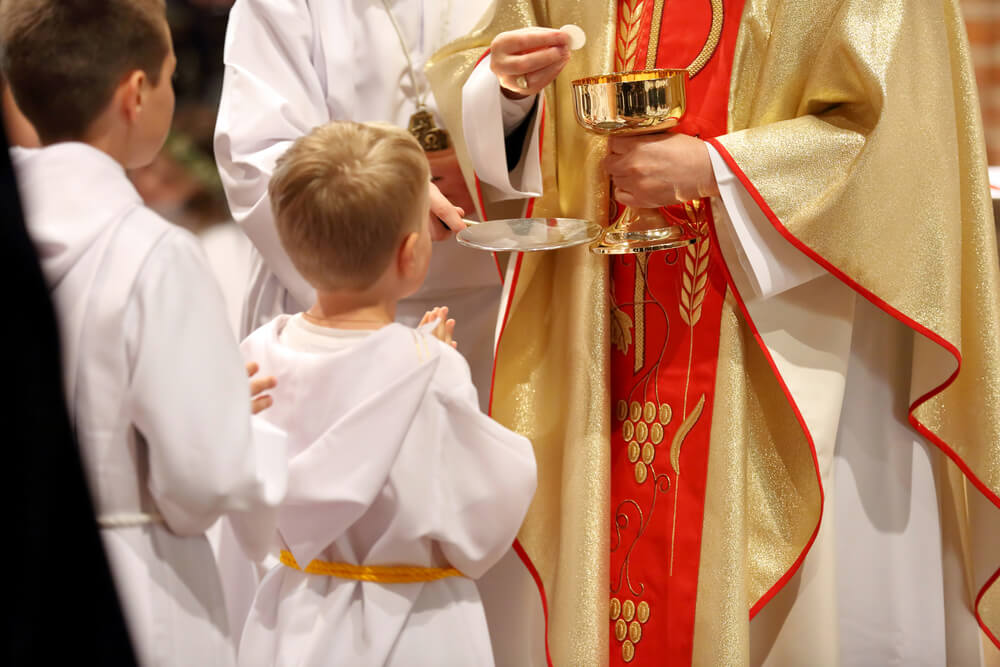