The Los Angeles Rams are going to face the Cincinnati Bengals in the Super Bowl on Sunday, February 13th at SoFi Stadium. The NFC and AFC championships this past Sunday both came down to the wire, with the Chiefs and 49ers both desperately trying to close out their respective games. But unfortunately for them and their fans, both teams fell due to costly interceptions. The stage has been set for what is shaping up to be one of the more interesting Super Bowl matchups.

The AFC contender, the Bengals, are a young team with their quarterback, three wideouts, tight end, and running back all being under the age of twenty-seven. The Rams’ roster features quite a few more veterans. While their running back core is still fresh, their star players have been hunting for a Super Bowl win for years. Atop their roster are players like Matthew Stafford (33 years old), Odell Beckham, Jr. (29 years old), Von Miller (32 years old), Aaron Donald (30 years old), and Cooper Kupp (28 years old). And for Kupp, this season has been his most prolific. While he has always been a solid receiver in his own right, the connection with his new quarterback has resulted in an explosive, record-breaking season. Including the postseason, he has caught 170 passes for 2,333 yards and 20 touchdowns. In 13 of the 20 games he played, he posted 100+ yards. That’s the most ever.

At the ripe age of 28, Kupp has had his best season yet. What does he credit his success to? Of course, it’s the genetic talent that he was given – both his father and grandfather played in the NFL – and the amount of work that he’s put into his game. But work and talent can only get you so far. You need a support system. Cale Clarke spent a segment of The Cale Clarke Show looking at the life of Cooper Kupp and how he has built his support system around his faith, his wife, and his kids.

Kupp met his wife Anna in college at Eastern Washington University. He played on the football team, and she worked at a restaurant, Rokkos Teriyaki. After they met, they began dating, and eventually got married while they were still in school. Through their college years, Anna worked full time so that she could support both of them while he played football. Understandably, Kupp credits his wife for everything he has achieved to this point in his life because he wouldn’t have been able to continue playing football if he’d had to work to support them.

“I think more people need to sort of take hold of life. And if you feel God is telling you to jump, like blind Bartimaeus, when he calls you, get up! The coins go jangling and he went to Jesus,” said Cale. Without knowing that he was going to get to the NFL and without knowing whether he’d be able to make a living to support his family, Kupp married the woman who he knew would love him through everything. He listened to where God was calling him and he jumped.

If she hadn’t sacrificed every waking hour of her free time in college, Kupp would have stopped playing to find a job. He never would have been drafted by the Los Angeles Rams in the 3rd round of the 2017 NFL draft, he never would’ve played four years with Jared Goff and stuck around, and he never would’ve connected with Matthew Stafford this year to win the Triple Crown (led the NFL in catches, yards, and touchdowns).

In 2018, Kupp suffered a torn ACL, a notoriously serious injury amongst NFL players that requires surgery and about a 6-9 month recovery period. In other words, that was the end of Kupp’s season. He had only played 8 games. In an interview with the Christian Broadcasting Network, they asked Kupp what he learned during that time off the field. “If I pinpoint down [what I learned], it’s that I can’t do this by myself. The first thing that comes to mind is the spiritual battle that goes on when something like this happens. Just reactively, it’s like, ‘Why? What caused this to happen?’ I needed God. I needed to trust in what my faith was; just having my wife and son to push me through this.”

Kupp said that he truly believes that if it wasn’t for the sacrifices that his wife made for him, he would not be in the NFL. Cale read a quote from Kupp’s best friend who said, “His wife Anna is his rock. I don’t think there is a Cooper without what Anna has done for him. She’s a person that really expects a lot out of the people around her and has kind of a high threshold for excellence. Cooper works harder because of that.” They say “Behind every great man is a great woman.” And according to everybody around Cooper, including Cooper himself, that adage rings true.

When asked about the role Christ plays in his life, Kupp responded, “He might just be the greatest playmaker that’s ever lived. Restoration, redemption, sacrifice; what he laid on the line to change the world forever. You can’t find a better playmaker than Jesus Christ.” … “At the very basic levels of my life – as a husband, as a father, as a football player – knowing how much of a failure I am at these things…if it wasn’t for my faith, if it wasn’t for knowing that Christ has told me who I am in His eyes, and know that no matter how far short I fall in these things, He’s bridged every gap and He’s called me to even greater things.” 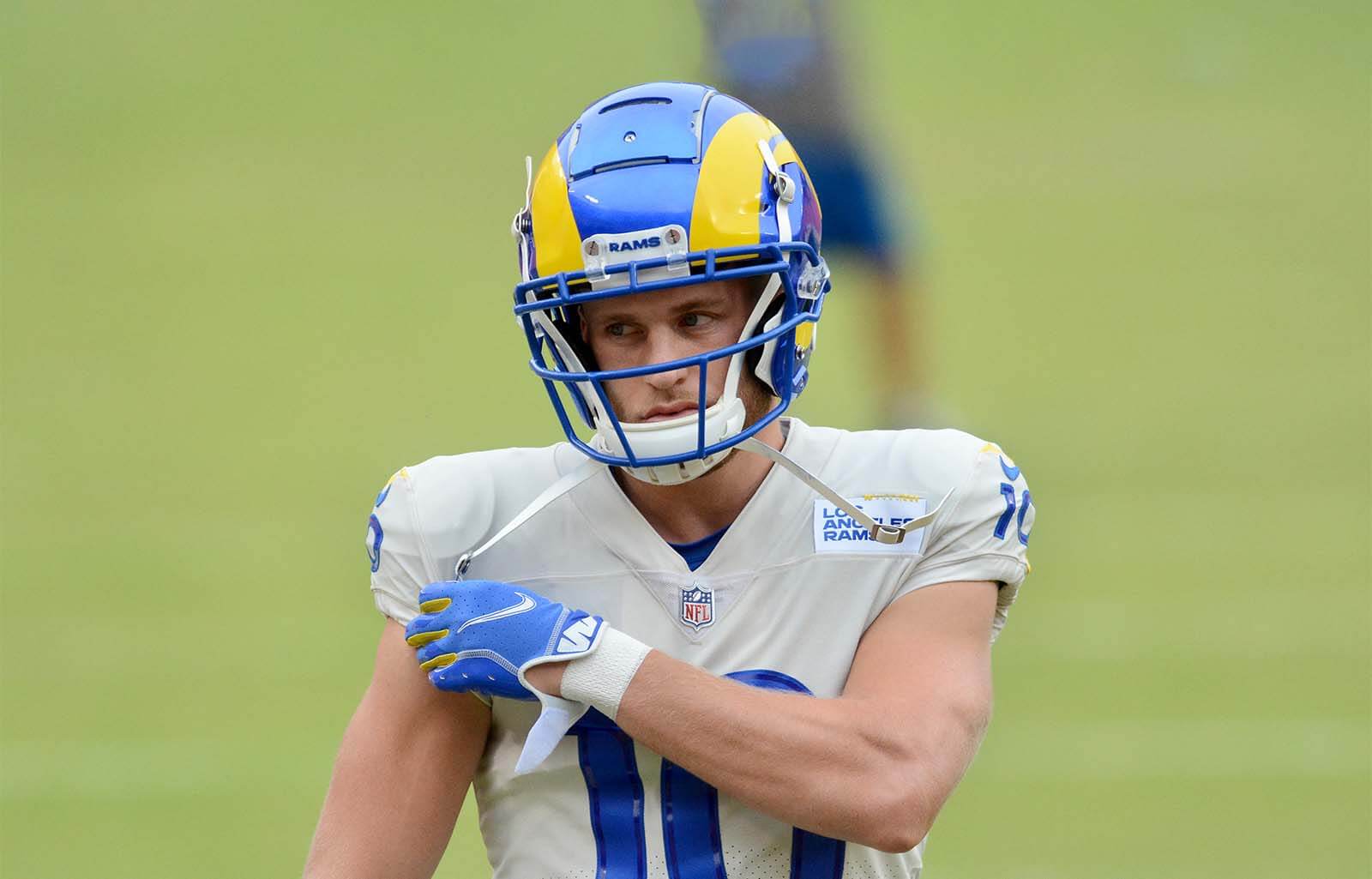